I loved working with Kristen because I love fitness, and I love the mission of her business. This was a very exciting project to work because she completely rebranded herself and did a complete website overhaul. I don’t say this often, but Kristen was truly one of those clients that is a dream to work with.

She came to me because, in her words, “I’m pretty confident I have some awesome skills. I’m even more confident that I lack some skills. Those would include – anything having to do with a computer. And, since my business will be based on a computer I figured I may need a little help to get it started.”

For her logo, Kristen wanted something simple and that would translate well across different mediums (smart woman!). At the beginning, Kristen also thought about incorporating her tagline into the logo. I generally recommend against including your tagline as part of your logo, because it won’t also translate well from web, to business cards, etc. I included one logo draft that also had a tagline with it, so she could see that the tagline is harder to read when it’s small.

The first round or two of logo ideas, I always send in black and white. I’ve found that people will lean towards or away from logos because of color choices. A client may love the color blue, so if a logo is blue, they will usually gravitate towards that logo simply because of the colors, and not the design itself.

We wanted to create a color scheme that conveyed strength, and taking action. Kristen’s target audience is women, so it also needed to be feminine — but not TOO girly. Above are a few samples of some of the initial color scheme ideas. The final result was actually a combo of these three, as you can see below.

You might be thinking, “What is an accent font?!” It’s not something that I have ever done before in a rebranding process. Kristen wanted to keep the logo simple, but she also loved the script font that you see above. Instead of incorporating it into the logo itself, we decided to use the script font as an accent throughout the website — just a little touch of flair.

I work with both Squarespace and WordPress to create websites for my clients. When we first spoke, Kristen mentioned already having an Elegant Themes membership, so I built Kristen’s website on WordPress using the Divi theme. Her old website was built on Weebly, and she wanted something that looked better, and worked better. She also mentioned the possibility of wanting a membership area down the road, which can easily be integrated into a WordPress site.

This is Kristen’s previous site:

Since Kristen was rebranding herself and her business under her own name, we agreed it was important for her to include more photos of herself. I always recommend that people have photos of themselves on their site, even if it’s just one or two. Including photos of yourself, or your team, is a great way to humanize your brand. People want to work with other people, not just a company.

I also recommend that people be consistent in the imagery they use on their website. As you can see in the screenshot above, Kristen had three images on the front page — a vector image, a photo, and then text. This is not to say that you can’t use both vector images and photographs on the same website. I use both on my site, and you’ll see both on Kristen’s site. It’s where and how you use the different types of images that matters. Consistency in your design choices is a great way to look more professional. 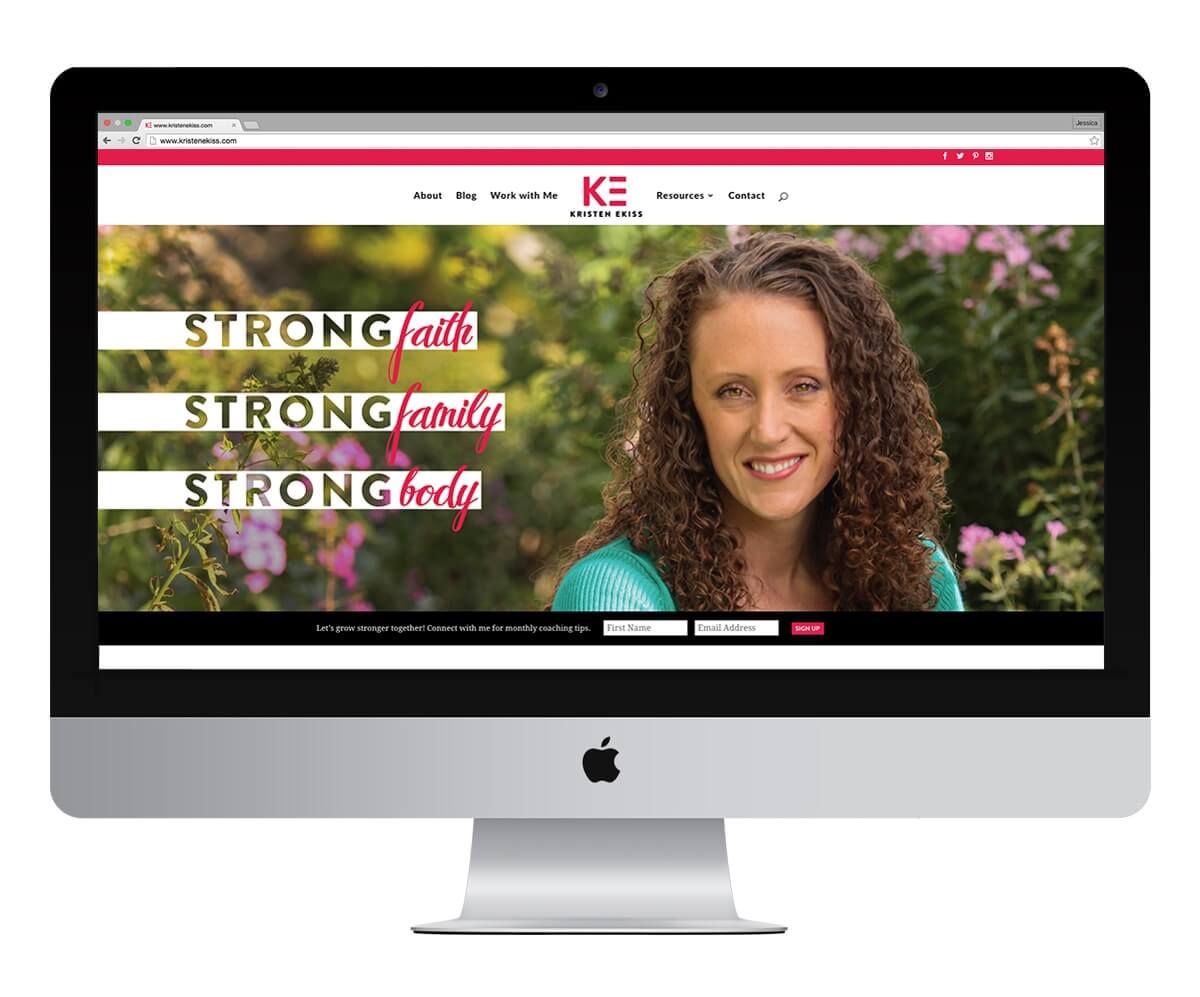 You can see her accent font used on her banner images, as seen above, but we also used it in creating graphics for her service packages listed on her website.

Screenshots are never great at showing off an entire website, so be sure to go check everything out!

I loved working with Kristen because she knew she needed a really great looking website, and also knew that her time would be better spent working with clients rather than trying to design a website. After working with me to finish her new logo and website, Kristen said,

“My designer Jess, is like a barista for your business. She takes your order, puts it all together just the way you like it, and delivers it quickly with a smile. I’d launch a new site every day if it were only the price of a mocha latte.

Jess felt more like a part of my team than someone who is performing a service for hire. It was extremely easy to communicate with her and she seemed to know when I wasn’t quite happy with something. It felt like I was her only client.

If you’re in need of an upgrade to your logo or website, let’s chat. 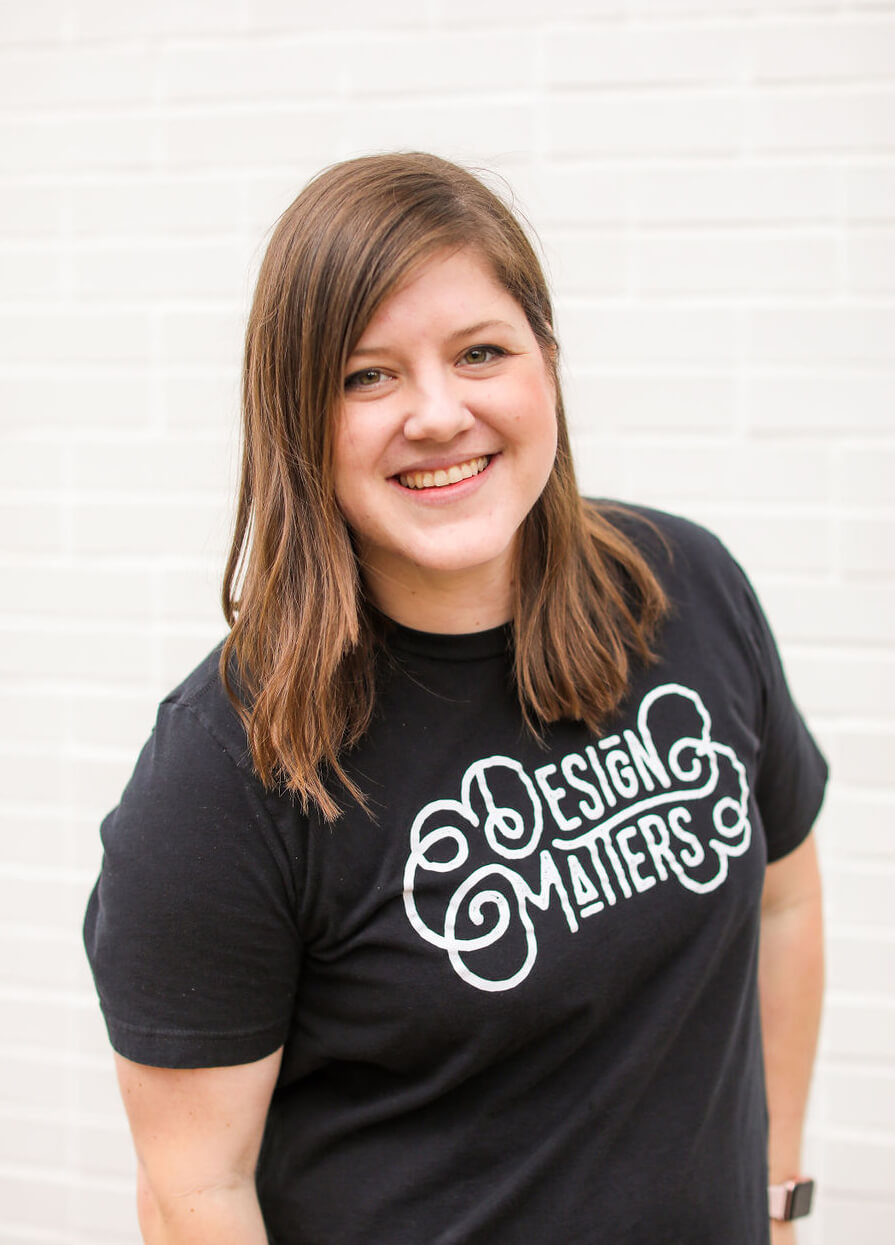 How Interact uses an Interact Quiz for Lead Generation and Sales

This website uses cookies to improve your experience while you navigate through the website. Out of these cookies, the cookies that are categorized as necessary are stored on your browser as they are essential for the working of basic functionalities of the website. We also use third-party cookies that help us analyze and understand how you use this website. These cookies will be stored in your browser only with your consent. You also have the option to opt-out of these cookies. But opting out of some of these cookies may have an effect on your browsing experience.
Necessary Always Enabled
Necessary cookies are absolutely essential for the website to function properly. This category only includes cookies that ensures basic functionalities and security features of the website. These cookies do not store any personal information.
Non-necessary
Any cookies that may not be particularly necessary for the website to function and is used specifically to collect user personal data via analytics, ads, other embedded contents are termed as non-necessary cookies. It is mandatory to procure user consent prior to running these cookies on your website.
SAVE & ACCEPT